You are using an outdated browser. Please upgrade your browser to improve your experience.
by Joe White
June 10, 2014
Apple's upcoming OS X 10.10 "Yosemite" borrows a lot from iOS, and now Cupertino is providing its user base with a closer look at some of these elements in a recently published video titled "The New Look of OS X Yosemite." Though brief (at just one minute in length), the video nevertheless offers a whistle-stop tour of Yosemite's core design changes: the updated dock, its new, flatter app icons, and the updated OS X apps themselves -- including Finder and Messages -- all feature in the video. Take a closer look: http://www.youtube.com/watch?v=NQ7kqwbqeiI If you can't see the above video, please click this link. In the YouTube video's description, Apple explains:

We reconsidered every element of the Mac interface, large and small. The result is something that feels fresh, but still inherently familiar. Completely new, yet completely Mac.

There's definitely a lot to like about Yosemite, and the improvements aren't merely superficial, either. Features like iCloud Drive, Instant Hotspot, and improved connectivity with iOS (in the form of Handoff and support for Phone Calls and SMS messages) really make Yosemite a significant release. Best of all, OS X Yosemite will be free to download from the Mac App Store later this year. We'll keep you updated with further information on the upcoming operating system as we receive it. In the meantime, see: Apple’s Omotesando Tokyo Retail Store Is Opening Its Doors On June 13, Finger-Flickin’ Good: Chillingo To Serve Order Up!! Fast Food In The App Store This Week, and Gusto 2.1 Features AOL Email Support, Instagram Integration And More Improvements. 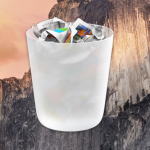 A Look At Some Of The Design Changes In Apple's OS X Yosemite
Nothing found :(
Try something else