You are using an outdated browser. Please upgrade your browser to improve your experience.
by Aldrin Calimlim
July 1, 2014
Apple has reportedly formed a team of speech recognition experts in order to give Siri a "neural network" boost. A neural network is a piece of software that simulates neural activity in the human brain. As it applies to speech recognition, it can be made to develop a better understanding of spoken words the more of them are fed into it. Neural network algorithms have been adopted by the likes of Google and Microsoft, which have used them for Google Now and Skype Translate, respectively. But as pointed out by Wired, Apple is yet to go neural, so to speak, for its intelligent personal assistant on iOS, Siri:

One big-name company, however, hasn’t made the jump: Apple, whose Siri software is due for an upgrade. Though Apple is famously secretive about its internal operations–and did not provide comment for this article–it seems that the company previously licensed voice recognition technology from Nuance—perhaps the best known speech recognition vendor. But those in the tight-knit community of artificial intelligence researchers believe this is about to change. It’s clear, they say, that Apple has formed its own speech recognition team and that a neural-net-boosted Siri is on the way.

This team is said to include Alex Acero, who was hired by Apple away from the top level of Microsoft's research arm last year. Now a senior director in Apple's Siri group, Acero researched speech technology at Microsoft for almost two decades. Aside from Acero, speech researchers from Nuance and the University of Edinburgh were hired by Apple. Abdel-rahman Mohamed, a researcher at the University of Toronto who was courted by Apple, believes that the company is "building a very strong team for speech recognition research." If nothing else, Apple is certainly working to expand Siri's capabilities in understanding more languages, as evidenced by a series of job listings posted by the company earlier this month. See also: The Brains Behind Siri Have Created A Virtual Personal Assistant For Businesses, WSJ: Samsung In Talks To Buy Nuance Communications, The Company Behind Siri, and Siri, Take Note: Microsoft May Bring The Cortana Voice Assistant To iOS Devices. 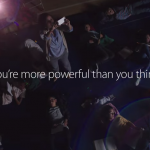 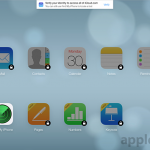 Apple Begins Implementing Two-Step Verification For Its iCloud Web App Suite
Nothing found :(
Try something else