You are using an outdated browser. Please upgrade your browser to improve your experience.
by Bryan M. Wolfe
June 27, 2014
Each new day seems to bring with it more rumors about the “iPhone 6” or “iWatch.” However, these aren’t the only new products Apple is expected to launch in the coming months. The introduction of the “iPad Air 2” is also on the horizon. And unlike the iPhone, the next iPad has a lot to prove, according to Seeking Alpha. In the previous quarter, iPad sales dropped year over year, from 19.48 million units to 16.35 million units. At the same time, the iPad’s dominance among tablets also waned. While still the most popular tablet overall, the iPad’s share of the market has dropped to just under 33 percent, according to a recent IDC survey. To reverse this trend, Apple is expected to revamp the iPad Air significantly with the next model. Besides the addition of Touch ID, which we told you about earlier this week, the iPad Air 2 will also include an A8 processor. This should mean a “reasonable performance boost in the CPU and a fairly strong boost in the graphics unit,” according to the report. The next iPad Air could also be among the first tablets to offer support for 4K ultra-high definition TV. Says Seeking Alpha "This upcoming standard is working its way into both the professional monitor space and beginning to become available as TV sets. The iPad will need more GPU clusters if it is to deal with the upgraded output. A bump to 4K support for external displays would be very positive." Finally, the investment site is bullish on what Apple’s new Metal API could mean for iPad and game developers. They say it "may well be the most exciting and influential feature" on both the iPad Air 2 and "iPad mini 3." First unveiled at the Worldwide Developers Conference (WWDC) earlier this month, Metal is new technology capable of bringing true console-quality graphics to iOS. The iPad Air 2 and "iPad mini 3" are likely to be unveiled in October. 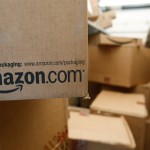 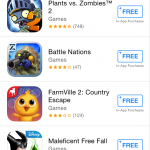