You are using an outdated browser. Please upgrade your browser to improve your experience.
by Joe White
June 6, 2014
Monster Hunter Freedom Unite, the popular Capcom title, is set to launch for iOS in the near future, according to the developer. Promising a near-exact replica of the PSP title, Monster Hunter Freedom Unite will be optimized for the iPhone, iPad, and iPod touch. Though little information concerning the title has surfaced online, a few tidbits (which reached us in a preview video published by the folks at Capcom) are presently known. But first, take a look at Capcom's E3 trailer for Monster Hunter Freedom Unite -- we've embedded it below for your viewing pleasure. http://www.youtube.com/watch?v=0JoCStLsRq8 If you can’t see the above video, please click this link. Impressive, right? As TouchArcade explains, Capcom released Monster Hunter Freedom Unite on the Japanese App Store around a month or so ago, however up until now news concerning a worldwide release has been scarce. In terms of features, the application should indeed offer a faithful port of the original PSP title, and included in the game's feature set is an online multiplayer mode, intuitive touch controls, and support for MFi (Made for iPhone) gamepads. As the above YouTube trailer notes, Capcom is also going to show off Monster Hunter Freedom Unite during E3, and as such more information on the game should reach us in the near future. We'll keep you updated with further information as we receive it. In the meantime, see: Lure And Cure Myriad Mythical Monsters In Here Be Monsters HD For iPad, Australian Retail Employees Sign A New 4-Year Contract With Apple, and In Celebration Of Its 10th Anniversary, Sky Force Lands On iOS With New Features. 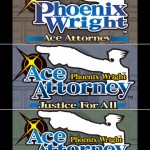 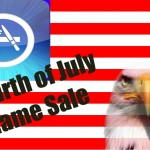 Don't Miss This Massive Fourth Of July Game Sale
Nothing found :(
Try something else