Apple, Google, Samsung, HTC, and a handful of the other companies operating in the smartphone industry have entered into a voluntary agreement to add a global anti-theft “kill-switch” in their handsets from July 2015.

The news reached us from Re/code, which explains in a recently published report that “devices going on sale after July 2015 will have the ability to remotely wipe data and be rendered inoperable, if the user chooses, to prevent the device from being reactivated without the owner’s permission.” If a handset is then recovered data can be restored, the publication adds.

Crucially, however, this isn’t a mandatory kill-switch, and as such not everyone was entirely pleased with the move. The publication cited California state Senator Mark Leno, who criticized the “opt-in” nature of the agreement. He said:

The wireless industry today has taken an incremental yet inadequate step to address the epidemic of smartphone theft. Only weeks ago, they claimed that the approach they are taking today was infeasible and counterproductive. While I am encouraged they are moving off of that position so quickly, today’s ‘opt-in’ proposal misses the mark if the ultimate goal is to combat street crime and violent thefts involving smartphones and tablets.

Given the well-documented preference among criminals for stealing iPhones, Sen. Leno – along with a number of other U.S. senators – is calling for a more heavy-handed solution.

Of course, it’s more than likely that Apple’s Activation Lock, which the Cupertino, Calif. company added in iOS 7, will constitute Apple’s part of the agreement. As we explained previously:

The feature is designed to make it more difficult for thieves to use a stolen iOS device.

With Activation Lock, if a thief tries to turn off Find My iPhone or if the device is totally wiped, they’ll have to know the specific Apple ID username and password to reactivate it.

In the meantime, see: Mockups Of Apple’s iPhone 6 Make An Appearance At The Hong Kong Electronics Fair, Sometimes You Die Will Make You Rethink Your Expectations And Reality, and Google Unveils The Official iPhone App For Its Helpouts Service. 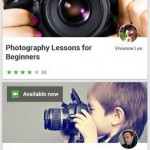 Google Unveils The Official iPhone App For Its Helpouts Service

Microsoft Is Making It Less Expensive To Use Office 365 On Apple's iPad
Nothing found :(
Try something else