California’s Senate has now passed a bill that will see smartphone manufacturers – including Apple, Samsung, and HTC – add an anti-theft “kill-switch” to their handsets by July 2015.

The news comes after a similar bill was rejected in California last month. As a recent report from Bloomberg notes, however, “The author of the legislation, San Francisco Democrat Mark Leno, amended the bill to exclude tablets from the mandate and to extend the date it becomes effective by six months to allow companies to sell off existing supplies.”

California’s Senate then passed the bill this week, Bloomberg adds:

Under the new bill, smartphones sold in California must include the technology starting in July 2015. While the bill was passing 25–8, the margin in the Democratic-controlled Senate can change as absent members continue to enter votes. The state Assembly, also controlled by Democrats, will consider the legislation next.

Apple, Google, and others have publicly backed the implementation of kill-switch-style technology in smartphones, and Cupertino’s own Activation Lock feature (which was introduced with iOS 7) offers similar functionality. Bloomberg received word from Apple on the above bill, which indeed noted that the company “already offers security options for its devices.”

Cupertino added: “Apple phones and tablets can be protected with applications that allow the owner to track the location of the device and remotely set a passcode or erase all personal data if stolen.”

As such, we’re not sure if Apple’s Activation Lock will constitute its participation in the above initiative, or if Cupertino will be required by the State of California to implement additional functionality in advance of July 2015. We’ll keep you updated with further information concerning this as we receive it.

In the meantime, see: Report: Apple Is Very Close To Acquiring Beats Electronics For $3.2 Billion, Zynga’s Addictive Endless Runner Stampede Run Is Apple’s Free App Of The Week, and Belkin’s New QODE Thin Type Keyboard Is A Perfect Companion For The iPad Air. 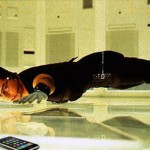 Apple, Google And More Back Anti-Theft 'Kill-Switch' For Smartphones
Nothing found :(
Try something else