You are using an outdated browser. Please upgrade your browser to improve your experience.
by Aldrin Calimlim
June 25, 2014
Google is reportedly set to soon take the wraps off a new TV set-top box. As reported by The Wall Street Journal, the Internet giant is preparing to unveil the new device at its I/O developer conference tomorrow, in a bid to once again take on popular set-top box makers including Apple and Amazon:

During its developer conference Wednesday, the search giant plans to show off at least one small set-top box that resembles products like the Roku, Amazon's Fire TV, and Apple's Apple TV, according to two people who have seen the device.

Google's TV strategy is said to be patterned after its smartphone strategy, whereby it provides the software to power devices made by different hardware manufacturers. Consequently, the new device will be branded by other companies, but it will run on a new software based on its Android mobile operating system, dubbed Android TV. Android TV is designed to play movies, TV shows, and other content on compatible TV sets. Rumors have also pointed out that it's focused on apps and games and that it features a simple TV interface (pictured above). This is by no means Google's first foray into the set-top box market. There's Google TV, a smart TV platform launched in 2010 by Google and co-developers Intel, Sony, and Logitech. There's also the Nexus Q, a media-streaming player introduced by Google in 2012 but later failed to hit the mass market. And then there's Chromecast, a media-streaming dongle launched by Google in July last year to enable "casting" videos from mobile apps and the Chrome browser onto TV sets. Google's smartphone strategy is also rumored to be adopted for its smart watch strategy, with its Android Wear devices powering other companies' smart watches. Ahead of Apple's fabled "iWatch," the first of these smart watches is expected to be also unveiled at Google's developer conference tomorrow. 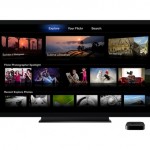 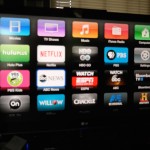 Updated: ABC News Among 4 New Channels On Apple TV
Nothing found :(
Try something else