The new device is shipping from today, and it’s retailing at $99 – the same price as Apple’s own Apple TV. However, in terms of speed, Amazon claims its fireTV offers three times the performance of its rivals, and notes that the device’s quad-core processor and dedicated GPU make this possible.

Rather than pointing and clicking the remote to search for movies and TV shows, however, the fireTV remote includes a built-in microphone that allows users to perform a voice search “that actually works,” Amazon notes. The results are impressive, according to The Verge, with the device offering a voice search feature that is both quick and accurate.

The set-top box supports 1,080p streaming, Dolby Digital sound, and HDMI, ethernet, USB, and optical out ports are all on-board. Amazon’s fireTV can run Android apps (Hulu, Netflix, YouTube, Vimeo, MLB.tv, and the NBA are all set to make an appearance, as expected), and users can of course access Prime Instant Video using the product, too.

Gaming is another big fireTV feature Amazon is touting, and a dedicated gamepad is being sold for $40 – though the fireTV remote can be used, too. It’s the same controller we saw leak last month, as far as we can tell.

All in all, fireTV looks to be an impressive product. We’ve ordered one and will be publishing a review later this week, so be sure to check back with us for more information.

It’ll certainly be interesting to see how Apple’s next-generation Apple TV product measures up to Amazon’s fireTV. Already, we’ve heard that Cupertino’s upcoming set-top box could focus on bringing gaming to the platform, and that it may be around the size of Google’s Chromecast. We’ll keep you updated on this front.

In the meantime, see: ProCamera 7 Gets Its Biggest Update Yet, Plus Win A Copy, Win Some Awesome iPhone Accessories From Element Case, and Markdown Editor 1Writer Gets Dark Mode, Improved UI, Fleksy Keyboard And More. 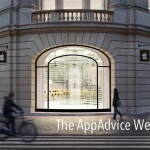 The AppAdvice Week In Review: What You Need To Know About Apple's 'iPhone 6' 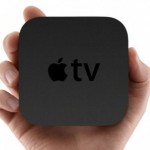 Roku CEO Says The Apple TV Loses Money
Nothing found :(
Try something else