You are using an outdated browser. Please upgrade your browser to improve your experience.
by Joe White
June 12, 2014
RBC Capital Markets is expecting Apple's stock to rocket in the second-half of 2014 due to the launch of an anticipated iPhone 6 combined with the appearance of Cupertino's long-rumored "new product categories." The price target put forward by RBC's Amit Daryanani is $100 per share of Apple stock, which recently saw a seven-for-one split placing the price of APPL at $92.22 per share. The analyst's new price target for APPL marks an increase over his previous targets of $96 and $675 (prior to the split). AppleInsider, which obtained a copy of RBC's note to investors, explains that the new price target would put APPL at "a near-all-time-high, as the company's previous record is now $100.30 in post-split trading." Daryanani's confidence in Apple is based on the analyst's belief that Cupertino could sell a high-end iPhone 6 model for as much as $299 on-contract. This rumored 5.5-inch smartphone was previously said to have suffered delays, however recent reports claim that the device is back on-track for a fall launch. RBC also assumes that we'll see revamped iPads in fall, too, and that the upgraded tablets will help boost Cupertino's hardware sales. Yet as AppleInsider continues, it's Apple's so-called "iWatch" that Daryanani sees as really propelling Apple stock into near-record-breaking highs:

He sees an "iWatch" making Apple users more integrated into the company's ecosystem by acting as a health monitoring system, and also increasing communication with other Apple devices.

Most recently, we heard that Apple met with the FDA in December 2013, in a move that further suggests we'll see a smart watch product launch from the company this year. In a report published earlier this month, it was also claimed that Cupertino is planning on introducing the product during its October event. All of this means Daryanani’s most likely right: if you're planning on purchasing Apple stock, now would be a good time to buy. 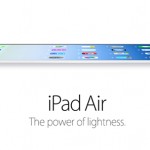 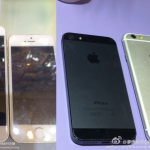