You are using an outdated browser. Please upgrade your browser to improve your experience.
by Brent Dirks
June 6, 2014
Apple is planning to introduce its first “wearable device” in October. That’s according to Re/Code, who has a very strong track record correctly reporting Apple’s future plans. And as no surprise, the site says the device will integrate heavily with iOS 8, which was unveiled earlier this week:

People familiar with Apple’s plans tell Code/red the company hopes to schedule a special event that month to show off the device, which is designed to make good use of the HealthKit health and fitness information-gathering app it recently showed off at WWDC.

The report says that plans could change over the summer, but that October is currently the “target” date. Apple’s Eddy Cue spoke at the site’s first annual Code Conference late last month and said “we’ve got the best product pipeline that I’ve seen in my 25 years at Apple.” Just earlier this morning, another report from Nikkei also mentioned an October launch date for the long-rumored device. That publication said the device will use a curved OLED screen and will collect a large amount of health-related data like sleep activity, glucose levels, and blood oxygen levels. For other recent news today, see: A Look At Some Of The Design Changes In Apple's OS X Yosemite, Australian Retail Employees Sign A New 4-Year Contract With Apple, and In iOS 8, Users Also Get Prompted When Apps Continue Monitoring Their Location. Photo: iWatch concept by Anders Kjellberg 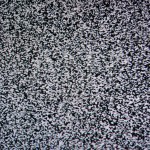 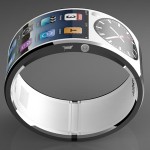 Apple's 'iWatch' Is Expected To Feature An OLED Touchscreen, Launch In October
Nothing found :(
Try something else