You are using an outdated browser. Please upgrade your browser to improve your experience.
by Brent Dirks
June 10, 2014
While last week’s WWDC conference was all about iOS and Mac software, it’s lining up to be quite a spectacular fall for Apple hardware. Along with the long-rumored iWatch, one of the most wanted devices is easily the next-generation iPhone. And to help tide you over until the handset is finally released, Joel Velasquez has created this spectacular ‘iPhone 6’ concept video. Here’s the video. Click here if you can’t see it. That’s a really nice and realistic take on the handset. It’s a shame that the actual back of the iPhone won’t look as nice, as recent leaks show plastic parts on the back shell for radio signals to work properly. But I’m more hopeful the new iPhone will be as sleek and thin as Velasquez imagines. The real next-generation iPhone is expected to be unveiled in September. Along with a sapphire-coated 4.7-inch display, the handset is rumored to offer NFC capability, wireless charging, and more. For other recent news, see: Apple Publishes A Video Highlighting 'The New Look Of OS X Yosemite,' Apple's Omotesando Tokyo Retail Store Is Opening Its Doors On June 13, and Hidden iOS 8 Icons Hint At Apple's Parked Car Location Feature In Maps App.

Apple Is Indeed Thinking Differently About Its Marketing Efforts 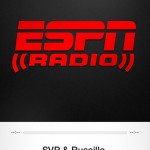 ESPN Radio And Local NPR Affiliates Arrive On iTunes Radio
Nothing found :(
Try something else