You are using an outdated browser. Please upgrade your browser to improve your experience.
by Bryan M. Wolfe
June 11, 2014
Apple unveiled the first iOS 8 beta on Monday, June 2. Since then, developers (and many non-developers) have been playing around with what is likely to be the first of at least six iOS 8 betas released in the coming months. So when should we expect Apple to release iOS 8 beta 2, and when will the first beta expire? The folks over at International Digital Times have the answers. First, the first iOS 8 beta is set to expire on Wednesday, July 16. After that time, any iPhone or iPad with the first iOS 8 beta installed will no longer work. In terms of when to expect iOS 8 beta 2, we can go back in time for the answer. With the last four years as our guide, we should expect Apple to drop the second iOS 8 beta as early as Saturday, June 14, to as late as Friday, June 20. My bet: Apple will release the second beta on Monday, June 16 or Tuesday, June 17. Apple's iOS 8 will be released to the public later this year. For more on the first iOS 8 beta, see: Apple's iOS 8 Also Features Hidden 'Alternate UI' Options For Fonts, UI Elements, Code For Spilt-Screen Multitasking Discovered In iOS 8, and Take A Closer Look At Apple's New 'Time Lapse' Camera Feature In iOS 8. 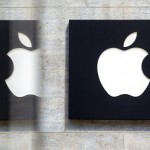 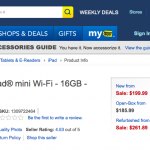 Matching Target's Promotion, Best Buy Is Now Offering The First-Gen iPad mini From $199
Nothing found :(
Try something else