Cupertino’s in-development retail store in Hanover, Germany is expected to open its doors to the general public in September, a recent report claims.

According to iFun.de (via MacRumors), sources within Apple have apparently confirmed a “late September” launch for the new venue. More specifically, the publication suggests that the store could open on Sept. 19 – the same day Cupertino’s anticipated “iPhone 6” is expected to go on sale around the world.

Black barricades appeared around the Hanover store location in April 2013, and 11 months later, in March this year, we shared images of the in-construction venue. Problems with the building, including “physical defects, mold, and ventilation issues,” means the construction process has taken longer than expected.

The launch of Apple’s Hanover store will mark a continuation of Cupertino’s sustained retail expansion: this weekend, a new Apple Retail Store in Beavercreek, Ohio is set to launch, and the Grand Opening of Apple’s new store in Edinburgh, Scotland is said to be “imminent.”

We’ll keep you updated with further information on the new Hanover store as we receive it.

In the meantime, see: Level-based flying adventure game Dragon Raiders takes flight on the App Store, Cydia tweak: Get on-demand reminder notifications with RemindMeAnywhere, and Shoot the bad guys, rescue damsels in distress and blow up the Wild West in Mad Bullets. 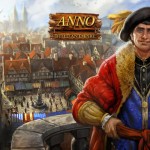 Ubisoft soft-launches its iPad-optimized ANNO: Build an Empire in Canada 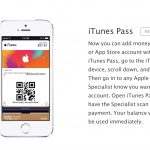 Apple's iTunes Pass launches in the United States and Australia
Nothing found :(
Try something else