SwipeExpander, currently in public beta, is a useful new jailbreak tweak that makes inserting, selecting, copying, and pasting text on iOS as simple as swiping on the keyboard.

You can download the package now from Jerry En’s private repository, and it’s free to install. Once running on your jailbroken iOS device, SwipeExpander adds a new preferences pane to the Settings app, and here users can configure the jailbreak tweak.

Actions including insert text, select text, select all, cut, copy, paste, undo, and redo can be attached to either an uppercase or lowercase key from inside SwipeExpander’s preferences. Rather than choosing a default action, it’s also possible for users to attach words or phrases to a keyboard key, too.

Titles can be given to your shortcuts, and particular shortcuts can be configured for swipes up on the keyboard and for swipes down. If you’re a jailbroken iOS device owner who’d been using TextExpander for a similar purpose, SwipeExpander might be worth trying out.

In order to download and install SwipeExpander, you’ll need to add the developer’s repository to your list of approved sources in the Cydia app. The address is:

As mentioned, SwipeExpander can be downloaded free of charge.

Check out the new jailbreak tweak, or see: New image of the Touch ID sensor designed for Apple’s bigger ‘iPhone 6’ surfaces, Paul McCartney relaunches 5 of his classic albums as iPad apps, and Out There’s ‘Ω Edition’ update to bring new aliens, ships and a different ending. 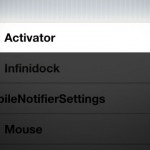 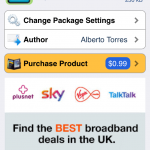 Cydia tweak: Give the iOS Lock screen a new look with xNotiLockColor
Nothing found :(
Try something else