You are using an outdated browser. Please upgrade your browser to improve your experience.
by Joe White
July 22, 2014

In the role-playing game (RPG), which is based loosely on Avenged Sevenfold’s music, iOS device owners are able to immerse themselves in the story of Deathbat: “a resurrected King of the Underworld who is tasked with reclaiming the lands of Haides from the despotic Dark Andronikos,” according to TouchArcade.

Gameplay centralizes around combat that feels vaguely God of War-ish in that you can do a normal melee attack as well as magical attacks and both can be customized with a huge library of swords and spells to eventually unlock.

Despite coming from Avenged Sevenfold, however, TouchArcade adds that gamers who aren’t familiar with the band will be able to enjoy the app, too: “it’s been intentionally designed to just be a fun, hardcore, premium mobile game dripping with a heavy metal theme,” the website adds, and that’s good enough for us.

The app’s in-game music is also impressive (for a preview, call by SoundCloud), and the game will be a premium title, too – meaning no in-app purchases (IAPs) should feature in the title.

So far, no firm release date has been announced for Hail to the King: Deathbad, but we’ll let you know as soon as we hear more.

In the meantime, check out the below trailer for the game: 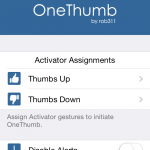 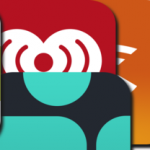 The best iPhone apps for listening to Internet and local radio
Nothing found :(
Try something else