We love hearing about new, interesting games for iOS, and Kingdoms – an upcoming app from indie developer Space Bears – is just that. The application promises iOS device owners “a medieval board game for the 21st century,” and it’s coming to an App Store near you this fall.

In the app, gamers need to capture land and, ultimately, their opponent’s king through placing tiles on a virtual board. It’s turn-based, of course, and different players are represented on-screen by different colors (as in the above screenshot).

You can take over any enemy square adjacent to yours, and the first player to capture the other’s king wins; however, “fortified” tiles cannot be captured by an enemy. Here are the rules that make Kingdoms interesting, though: conquering enemy tiles gives you extra moves next turn, and separating a group from its king captures them all.

The app looks to be a clean, simple, minimalistic title that’ll be a lot of fun to play.

Designer Paul Vauvrey, one half of the two-man team behind Space Bears, explains: “The game is much more about being the first to get bonus moves by cutting tiles off their king than it is to rush into your opponent’s territory. By tweaking the size of the board, the starting positions and the number of moves per turn, we reached a state where both players can start the game with either an offensive or a defensive strategy, and adapt in the following turns.”

Here’s a trailer for the app, too:

Kingdoms should launch on the App Store in August or September, and once available it’ll retail for $1.99 (following a $0.99 one-week sale). We’ll let you know once it’s available to download. 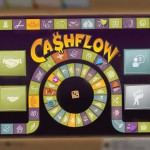 So-Called 'Monopoly On Steroids' Hits The App Store With Cashflow 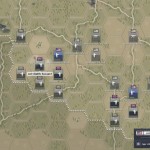 Choose Your Side And Take To The Board In Battlefields Civil War
Nothing found :(
Try something else