Wireless charging might be a feature Apple has yet to bring to our iPhones, but one new Kickstarter project offers a Qi wireless charging case for the iPhone 5s and iPhone 5 that offers MFi (Made for iPhone) approval.

You can support the project now at Kickstarter, and pledges for a Qi iPhone case begin at $45 for the early bird special.

Besides its MFi approval, what makes the Pond system stand out from the crowd is its classy design: for example, Qi cases (called “Stream” cases) come in premium wooden versions, and these look great.

The Pond tray (which serves as the Qi wirelesss charging basestation) also comes in either figured maple, black enamel, or rich walnut, though you’ll have to pledge $145 (or above) in order to receive both a Stream case and a Pond charging tray. Usefully, the Pond tray features a built-in battery of either 10,000 mAh or 20,000 mAh, too.

Completing the Pond ecosystem is the “Pond Pebble,” a small powerbank that owners can also charge wirelessly using the Pond tray. In turn, the Pebble can charge up any micro-USB or Lightning device, the Kickstarter Web page adds.

As mentioned, you can pledge to receive a Stream Qi case for the iPhone 5s or iPhone 5 for $45, while a case plus a Pond charging tray will set you back a pledge of $145.

For more information, including the option of supporting the Kickstarter project, click this link. We’ll keep you updated with further information on the project as we receive it.

In the meantime, see: The Mormon Church Is Issuing iPad minis To 32,000 Of Its Missionaries Around The World, Apple Begins Selling Unlocked iPad Air, iPad mini Models In Japan, and Esquire Magazine Newsstand App Finally Goes Universal For iPhone And iPod touch. 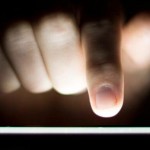 ‘App: The Human Story’ Documentary Is Seeking Funding On Kickstarter 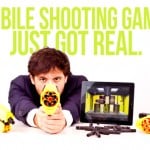 Take Aim With The Snipe Interactive Foam Dart System For iPad
Nothing found :(
Try something else