The Mormon Church is looking to encourage a social media push through deploying iPad minis among missionaries.

According to ABC News (via 9to5mac), 32,000 of the church’s missionaries in the United States, Canada, parts of Europe, and Japan will begin using Cupertino’s small-size tablet by early 2015.

The move comes following a successful “test program” in the United States and Japan, which took place last fall with 6,500 missionaries.

Using the iPad minis has proved an effective tool for missionaries to communicate with church leaders and keep in touch with people who have expressed interest in joining the Mormon church, said David F. Evans, director of the church’s missionary department, in a video posted on Mormonnewsroom.org.

Evans added: “We know in many parts of the world, the traditional forms of proselyting work very, very well. In some other places where technology and urban life has developed in such a way that missionaries have a harder time contacting people, we hope that these tools become even more valuable in those places.”

The iPad minis come with preinstalled iOS apps designed to help missionaries, and these include “scriptures, manuals, magazines, and other teaching materials.”

The Church has also confirmed that it’ll help towards the $399 cost of Apple’s iPad mini for missionaries who come from developing nations. 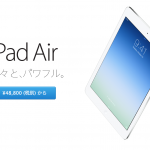 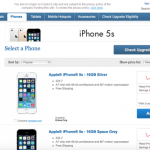 Costco Is Now Offering Discounted iPhones, iPads Both In-Store And Online
Nothing found :(
Try something else