Microsoft has launched a brand new ad showing off its “Halo”-inspired Cortana virtual assistant, and in the advertisement, the software goes head-to-head with Apple’s own Siri.

Highlighting Cortana’s smart, context-aware reminder feature, the ad presents a series of commands which Microsoft’s virtual assistant is able to intelligently process. Siri, on the other hand, struggles when it comes to creating more complex reminders based on calls and locations.

In the above ad, Cortana features on the Nokia Lumia 635, and the handset is running Windows 8.1. As MacRumors notes, this is the first time Microsoft has launched a Siri vs. Cortana advertisement, although “Siri-bashing” ads for Windows 8-powered tablets have been released by Microsoft in the past.

Back in June, we heard that Cortana could arrive on iOS devices further down the line. For now, however, Apple’s Siri – which is improving in iOS 8 – offers the best personal assistant solution for iOS devices, even if it is flawed in places.

In the meantime, see: Streamline your entire workspace with the UNITI Stand for iMac, iPhone and iPad, Apple close to acquiring ‘Pandora for talk radio app’ Swell for $30 million, and Apple Stores will soon offer carriers’ early iPhone upgrade programs. 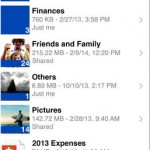 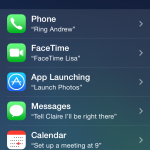 Siri might be improving, but Google Now on Android is still more accurate
Nothing found :(
Try something else