You are using an outdated browser. Please upgrade your browser to improve your experience.
by Aldrin Calimlim
July 11, 2014
As the expected September launch of the so-called "iPhone 6" draws near, more and more leaks regarding Apple's next-generation smartphone are making the rounds on the Web. One of the latest is a blurry photo, shown above, of what is said to be the handset's front LCD frame. The photo, which is published by Apple.club.tw, purportedly shows the metal shielding for the iPhone 6's LCD along with the metal bracket for the smartphone's home button. As pointed out by MacRumors, the LCD frame sits between the handset's front panel and rear shell, both of which have been leaked in previously published photos and videos:

The front panel seen in several recent photo and video leaks would attach to the opposite side of the frame shown in the new photo, covering the LCD and providing the smooth look of the device's front. That entire assembly would be fitted to the rear shell also seen in recent leaks, sandwiching around the battery, logic board, and other internals of the iPhone 6.

According to Apple.club.tw, the frame featured in the photo is that of the iPhone 6's 4.7-inch model. Along with that model, Apple is widely rumored to launch a 5.5-inch model in its next smartphone lineup. See also: Apple places huge orders for its 'iPhone 6' as mass production is set to begin, Report: Apple's bigger iPhone 6 to feature new haptic feedback technology, and The ‘iPhone 6’ Color Choices Are Familiar. 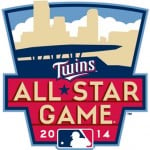 Apple CarPlay, Google Android Auto could cause challenges for the auto industry
Nothing found :(
Try something else