You are using an outdated browser. Please upgrade your browser to improve your experience.
by Bryan M. Wolfe
July 4, 2014
During the first six months of the year, digital album sales were down 11.6 percent, while purchases of individual tracks were off by 13 percent. At the same time, on-demand streaming audio was up 50.1 percent, according to AppleInsider. Nielsen SoundScan also found that overall album sales, which include physical and digital media, were down 14.9 percent between January and June. The only area where physical media was climbing is with vinyl, which saw sales increase by 40.4 percent. These numbers suggest Apple was wise to purchase Beats Music earlier this year for $500 million. Another $2.5 billion was spent to acquire Beats’ headphone division. Cupertino is expected to use the Beats Music service to counter declining digital music sales on iTunes. See also: The European Commission Could Approve Apple’s Beats Acquisition By July 30, Apple-Owned Beats Music Hasn't Given Up On Google Yet, Updates Its Android App, and After Beats Audio Purchase, Should Apple Buy Netflix? 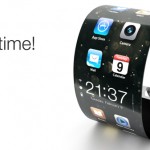 5 Ways Apple Can Make Sure The 'iWatch' Is A Success 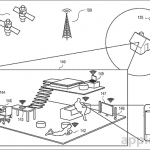 Future iOS Devices Might Automatically Adjust User Settings Based On Location
Nothing found :(
Try something else