Glass breaks, or no glass breaks: that is the question Cupertino could have been pondering this past year. Now, however, one particularly impressive iPhone 6 concept imagines how glass breaks might fit with the design of Apple’s bigger 4.7- and 5.5-inch devices.

For some time, we’ve heard that glass breaks are set to disappear from the iPhone with Cupertino’s upcoming models. The breaks, which are situated on the back of the device, work with the handset’s internal radios and appear at the top and bottom of Apple’s most recent iPhone 5s.

In order to create a more streamlined, minimalistic design for its iPhone 6, Apple had been rumored to be dropping glass breaks and using antenna lines instead (a point seemingly proven by several leaked mockups and subsequently adopted by countless iPhone 6 concept designs). Yet a report from the Japanese publication Nikkei refuted this, as we explained recently:

Nikkei claims that the lines on the iPhone 6 only mark the places where glass panels will eventually go in the final product. In other words, the backside will look a lot like the one found on the iPhone 5s.

Now, a new concept published at The Tech Block by designers Tomas Moyano and Nicolàs Aichino imagines how Apple’s iPhone 6 would look if the handset does indeed feature glass breaks. From where we stand, this is one of the best-looking iPhone 6 concepts to date.

Most recently, we’ve heard that Cupertino’s next-generation iPhones could launch on Sept. 25, in a break from the company’s usual Friday release day cycle. The same report also claimed that the bigger, 5.5-inch iPhone 6 will actually be called the “iPhone Air.”

Apple is expected to unveil its next-generation iPhones at a dedicated event some time in September. We’ll be sure to keep you updated with further information as we receive it.

In the meantime, check out the full gallery of images taken from the aforementioned concept, which we’ve included below. 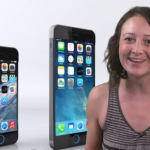 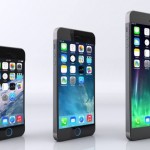