Coin, the so-called “credit card of the future,” has taken a significant step back.

The crowdfunded darling, which reached its funding goal in just 40 minutes late last year, won’t be shipping its retail product this summer as promised. According to CNET, the company’s full product launch won’t happen until at least spring 2015.

Instead, 10,000 early backers can select to receive a prototype of the product, which stores all of your credit and debit card information and can be used at regular merchant terminals.

Interestingly, the official iOS app is expected to arrive next Thursday, Aug. 28 for beta users.

But there are some significant drawbacks. Coin Beta only has an 85 percent swipe acceptance and the company recommends that users carry a physical backup credit card. It will also only work for two years.

To purchase the finished product, users will have to pay an additional $30 to upgrade. But they will receive 50 percent off any Coin products they purchase in the next three years.

If you still want to jump on the Coin bandwagon, you can preorder one now for $75. That price is expected to increase in September. 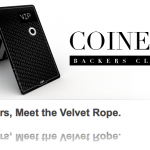 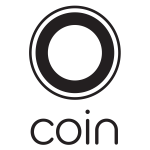 Coin, The Digital Bank Card Reaches Funding Goal In Just 40 Minutes
Nothing found :(
Try something else