Walking Dead: The Game - Season 2 can be yours right now free of charge, thanks to IGN's Free Game of the Month promotion.

As its name suggests, the game is the sequel to Walking Dead: The Game, the first season of Telltale's acclaimed episodic graphic adventure adaptation of Robert Kirkman's “The Walking Dead” comic book series.

It centers on the exploits of Clementine, a young girl orphaned by the zombie apocalypse.

On the App Store, Walking Dead: The Game - Season 2 comes with a $4.99 price tag. But you can download it for free by going to IGN’s special promo page and grabbing a unique promo code. You can then redeem the promo code on the App Store to get your free copy of Walking Dead: The Game - Season 2, which is optimized for the following iOS devices: iPhone 4S, iPhone 5, iPhone 5c, iPhone 5s, fifth-generation iPod touch, iPad 2, third-generation iPad, fourth-generation iPad, iPad Air, iPad mini, and iPad mini with Retina display.

Note that the promo codes are available on a first-come, first-served basis to users in the following 44 countries:

The initial download of Walking Dead: The Game - Season 2 comes with the first episode, titled “All That Remains,” already unlocked. The game's subsequent episodes — “A House Divided,” “In Harm’s Way,” the recently released (and teased in the trailer below) “Amid the Ruins,” and the upcoming “No Going Back” — are available via in-app purchase for $4.99 each or all for the discounted price of $14.99 with a season pass.

Last May, IGN picked The Wolf Among Us, Telltale's episodic graphic adventure adaptation of Bill Willingham's “Fables” comic book series, as its Free Game of the Month. 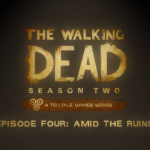 The penultimate episode of Telltale's Walking Dead: The Game - Season 2 is out now 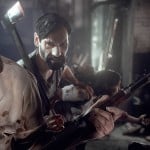 Teaser trailer unveiled for The Walking Dead: No Man’s Land
Nothing found :(
Try something else