You are using an outdated browser. Please upgrade your browser to improve your experience.
by Brent Dirks
May 20, 2014
Verizon is jumping on the Voice over LTE train as well. The largest carrier in the United States recently announced that it will implement the technology, also known as VoLTE, “later this year” on its nationwide network. As the name suggests, VoLTE allows voice traffic to run through the higher-speed LTE data networks. Here’s more from Verizon’s official release:

Verizon’s VoLTE will also offer video calling options, including making and receiving video calls directly from contact lists. As part of the VoLTE video calling experience, customers have the ability to change their calls instantly from voice-only to voice and video. The rollout also sets the stage for future enhancements through Rich Communications Services (RCS), which enable things like including large file transfer, more robust group messaging, and more location sharing.

Rival carrier AT&T announced its own VoLTE plans a few days ago. Starting later this week, AT&T subscribers in Illinois, Indiana, Minnesota, and Wisconsin can take advantage of the service. Currently, iPhone users can’t take advantage of VoLTE. But that is widely expected to change with iOS 8 and the next-generation handset as both are rumored to support the functionality. T-Mobile already supports the technology, while Sprint is testing it. For other recent news, see: Apple's Reported Content Delivery Network Is Moving Closer To Reality, Two New Apple Retail Stores Coming To New York City, and Apple's iPhone 5s Has Been Jailbroken Under iOS 7.1.1, Too. 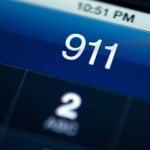 You Probably Shouldn't Text 911 Just Yet In The US