You are using an outdated browser. Please upgrade your browser to improve your experience.
by Brent Dirks
August 11, 2014
With the NFL football season almost here, EA has announced that a new version of its popular Madden franchise will arrive on the App Store on Tuesday, Aug. 26. Madden Mobile will allow football fans to build a super team composed of some of the league’s best players. Gamers can then take their team into multiplayer matchups against friends, recreate an entire NFL season, or take on a live event. EA talks more about live events:

Live Events are quick, fun challenges that will dynamically update throughout the season. Hop into fast-paced challenges that offer awesome rewards, including new player packs, coins, special players and more.

While EA didn’t mention a price for the game, expect this year’s edition to be a freemium model pioneered last year with Madden NFL 25.That’s definitely disappointing, and will probably turn more than a few players away from the game. We’ll definitely let you know if we hear anything more about Madden Mobile. For other recent app news and reviews today, see: Test your memory and perception in Rules!, a challenging puzzle game, Wunderlist 3 receives its first update with a number of improvements, and You only have 3 choices in reflex arcade game Three Points. 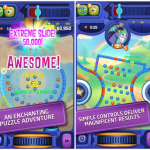 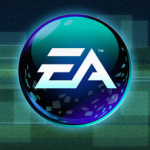 Grab These Electronic Arts Games On Sale Right Now For Just $0.99
Nothing found :(
Try something else