Ahead of the launch of its new Apple Pay mobile payment service, Apple has joined GlobalPlatform as a full member, as reported by 9to5Mac.

GlobalPlatform, as noted on its official website, is “a cross industry, non-profit association which identifies, develops and publishes specifications that promote the secure and interoperable deployment and management of multiple applications on secure chip technology.”

As a full member of GlobalPlatform, Apple may play an active role in the leadership of the association and in the development of its specifications. A full GlobalPlatform membership entails an annual fee of $30,000.

Other GlobalPlatform full members include some of Apple’s carrier partners — AT&T, China Mobile, Sprint, and Verizon — and smartphone market competitors — BlackBerry and Samsung.

Unsurprisingly, Apple’s current partner payment networks for Apple Pay — American Express, MasterCard, and Visa — are full members as well, as is Discover, which is still in discussions to join Apple’s payment platform.

Scheduled to launch in the U.S. in October, Apple Pay enables customers to easily pay at brick-and-mortar and online stores using the iPhone 6, the iPhone 6 Plus, and the Apple Watch in conjunction with the iPhone 5s, the iPhone 5c, or the iPhone 5. 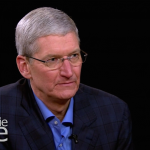 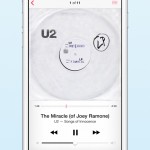 Apple posts instructions on how to delete U2’s 'Songs of Innocence' from your music library, purchases
Nothing found :(
Try something else