Apple is reportedly aiming to ship up to 80 million units of its newly announced iPhone 6 and iPhone 6 Plus smartphones before the end of the year.

According to DigiTimes, the company’s suppliers, at least those based in Taiwan (notably including Foxconn and Pegatron), are ramping up production of the devices in order to meet the expected high demand for them.

Absent production issues such as component shortages and low yield rates, Apple is likely to achieve its reported target shipment of 10 million units by the end of this month and an additional 60 to 70 million in the fourth quarter of the year.

This new report appears to corroborate a report from The Wall Street Journal last July that claimed Apple had been preparing a record number of units for its new smartphones: between 70 million and 80 million units combined of the then rumored 4.7-inch and 5.5-inch models for the iPhone 6.

Last week, Apple was also reported as being likely to cause congestion across shipping channels out of China this fall largely on account of its shipments for the iPhone 6 and the iPhone 6 Plus.

The 4.7-inch iPhone 6 and the 5.5-inch iPhone 6 Plus are scheduled to be released on Friday next week, Sept. 19. They’re set to be available for preorder beginning tomorrow, Sept. 12. 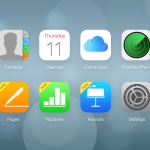 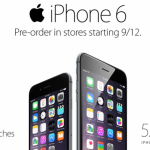 Walmart to offer discounts of at least $20 on Apple's iPhone 6 and iPhone 6 Plus
Nothing found :(
Try something else