Apple has been confirmed to take part in the inaugural Code/Mobile conference organized by Re/code.

As announced by the tech site, the company will be represented at the event by Greg Joswiak, Apple’s Vice President of iPod, iPhone and iOS Product Marketing:

“Joz,” as he is called, is a veteran of Apple who manages both product marketing and product management for both iPhone and iPod hardware, as well as iOS. He usually keeps himself quite busy behind the curtain, so we’re delighted to have Joz on stage in what’s a rare public interview for Apple (and even rarer for Joswiak).

You might remember Joswiak as the scene-stealing Apple exec who took a “duckface” selfie while demoing iOS 8′s new Messages app at this year’s WWDC last June.

At Code/Mobile, Joswiak is expected to talk about Apple’s “best pipeline in 25 years,” which has been revealed to include the iPhone 6, the iPhone 6 Plus, the Apple Watch, and Apple Pay.

The inaugural Code/Mobile conference is scheduled to be held on Oct. 27 and 28 in Half Moon Bay, California. 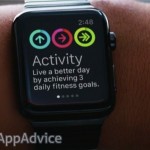 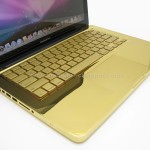 Are you ready for a gold, 12-inch Apple MacBook Air?
Nothing found :(
Try something else