Production of components for the next-generation iPad Air is said to have been ramped up by Apple’s manufacturing partners.

Digitimes (via MacRumors) reports that TPK and GIS are among the supply chain companies that have received orders from Apple for full-lamination touch panels for the so-called “iPad Air 2.”

The site adds that the upcoming 9.7-inch Retina-enabled tablet has the same size and resolution as the first-generation iPad Air. But it echoes previous reports pointing to the iPad Air 2′s having a thinner profile, a Touch ID fingerprint sensor (with improvements over the iPhone 5s’), and a faster Apple “A8″ processor.

Apple is likely to launch its new iPad lineup this fall. It has also been rumored to be working on a 12.9-inch iPad, its largest ever tablet, for a possible launch next year.

On Tuesday, Sept. 9, it’s expected to unveil its next-generation smartphone, the “iPhone 6.”

Production of screens for the iPhone 6 is also being ramped up, as suggested by Digitimes in its new report, with orders for the components said to be increasing at Japan Display, LG Display, and Sharp. 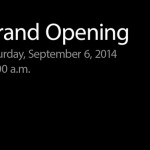 Apple now inviting AppleSeed members to beta test iCloud for Windows with iCloud Drive
Nothing found :(
Try something else