Even before the long-awaited “iWatch” is expected to make its debut at a special media event on Tuesday, Sept. 9, a new report says one part of the wearable might not be all that appealing.

According to The Information’s Jessica Lessin, Apple employees have “set low expectations” on the device’s battery life.

Battery life, in general, has been one of the major complaints of the new generation of smart watches hitting the market, including the just-released Motorola 360. That Android Wear device is touted as only being able to last for around a day before needing to be recharged.

I’m not particularly surprised to hear that battery life could be a downside of the Apple device. By trying to shrink down what amounts to a smartphone into a smaller form factor, there will be some tradeoffs.

While I’m hopeful that the “iWatch” battery can last longer than my iPhone’s, it won’t be a deal breaker, at least for me. And I’m assuming that I’m not alone.

Lessin also noted that these “lower expectations” could be part of Apple’s marketing strategy to impress with the real device. The site also backed up the claims that it will be 2015 before the wearable hits the market.

A number of reports yesterday said that the device will be offered in two different sizes and multiple styles. A sapphire display cover will protect the flexible screen. The “iWatch” is also expected to feature NFC technology and be a major part of Apple’s rumored mobile payment service.

The next-generation iPhone is also expected to be unveiled at the same event. AppAdvice will be there live, so stay tuned for all the latest news. Apple will also be offering a live stream from the Flint Center in Cupertino, Calif. 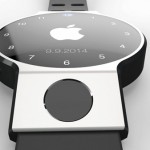 New images purportedly show camera and other parts for Apple's 5.5-inch 'iPhone 6'
Nothing found :(
Try something else