Athenahealth and Cerner, two of the top electronic health record providers in the U.S., are working on apps that integrate with Apple’s HealthKit platform, according to new report by Reuters.

Athenahealth vice president Abbe Don said the company will use HealthKit to help patients with chronic conditions like diabetes. Cerner senior director Brian Carter said care teams, including doctors and nurses, will be able to access data from HealthKit with patients’ consent.

Athenahealth and Cerner’s HealthKit-compatible apps are expected to be released by the end of the month, just as soon as Apple fixes a bug that has led to the temporary unavailability of HealthKit-enabled apps on the App Store.

The HealthKit platform is primarily integrated into the new Health app in iOS 8. The app functions as a personal and central data collection point for connected third-party accessories (like FitBit and Jawbone) and apps (like Athenahealth and Cerner’s).

Ahead of the launch of HealthKit and Health in iOS 8, Apple updated its privacy rules as they pertain to apps that integrate with the company’s health-focused initiatives. 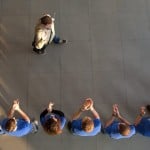 It’s iPhone 6 and iPhone 6 Plus launch day: Did you get yours today? 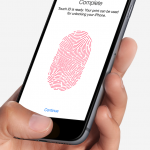 How to set up Touch ID on your new iPhone 6
Nothing found :(
Try something else