Apple’s co-called “iWatch” still has a long way to go before it enters the mass production phase, let alone the market.

Citing “sources from the upstream supply chain,” Digitimes (via MacRumors) reports that Apple’s long-rumored wearable device is still going through the engineering verification testing (EVT) stage, although the components for it are already being produced. Even after the EVT stage, the iWatch is said to still have to undergo the production verification testing (PVT) stage.

“The sources pointed out that a product will need to first pass the PVT stage before entering mass production,” the site reports, “and between the EVT and PVT stages, Apple could still change its design.”

The iWatch is expected to be unveiled by Apple at its special media event on Tuesday, Sept. 9, as previously reported by Re/code and Bloomberg. But according to Digitimes’ sources, the device is unlikely to make an appearance on the much-awaited date.

However, they concur with recent reports in that they also claim that the iWatch won’t be available until 2015.

If and when it becomes available, the iWatch is expected to go for as much as $400, positioning it as a high-end wearable device. 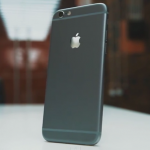