If you own an iOS device, the odds are pretty good that it’s compatible with iOS 8.

Apple’s iOS 8 will be available to download on Wednesday, Sept. 17 beginning at 10 a.m. PDT from your iOS device or through iTunes.

To update from your iOS device, go Settings > Software Update. In iTunes, go iTunes > Check for Updates and follow the directions.

The latest iOS version features Apple’s new Health app, plus updates to both the Photos and Messages apps. It also includes Family Sharing, the iCloud Drive, and the ability to add third-party keyboards.

One feature that isn’t compatible with every iOS device mentioned above is Continuity. This new feature is coming to iOS 8 and OS X Yosemite in October. It allows work started on one device to be finished on another. It also allows SMS and MMS text messages and phone calls to be sent and answered right from your iPad or Mac.

For the latest on iOS 8, see: T-Mobile to upgrade Test Drive network trialing program to iOS 8 and iPhone 6, Just in time for iOS 8, the SwiftKey Keyboard will arrive for iPhone and iPad on Sept. 17, and Apple finalizes iCloud Drive pricing tiers. 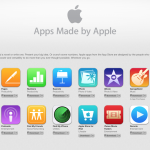 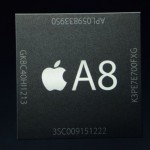 Not surprisingly, Apple's A8 processor is faster than the A7
Nothing found :(
Try something else