The iPhone 6 and iPhone 6 Plus will soon be sold in China. In a brief post, Re/Code notes:

Apple’s iPhone 6 is in the final stages of regulatory review before it’s approved for sale in China, according to a report published on Tuesday by Tencent. China’s Ministry of Industry and Information Technology was quoted as saying, “[I]t’s just a matter of time” before the regulators complete the approval process, and urged patience. The iPhone 6 and 6 Plus were introduced a week ago in the U.S. and other major countries — but not in China.

Earlier this week, CNBC said that final approval would be “completed soon” by Chinese regulators to bring the iPhone 6 and iPhone 6 Plus to the world’s largest consumer market. At the time, we noted that this was bad news for smugglers who have been buying the new handsets in the United States for the Chinese black market.

The iPhone 6 and iPhone 6 Plus launched in the following countries on Sept. 19: the United States, Australia, Canada, France, Germany, Hong Kong, Japan, Puerto Rico, Singapore, and the United Kingdom.

See also: Apple offers inside look at iPhone 6 reliability testing lab in response to ‘Bendgate’ issue, Apple: 9 people have complained to us about a bent iPhone 6 Plus, and Touch ID can still be hacked on an iPhone 6 and iPhone 6 Plus. 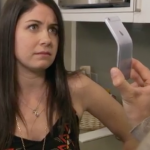 Conan O'Brien makes fun of the 'flaccid' iPhone 6 Plus

Apple's new Health app finally comes to life after a short delay
Nothing found :(
Try something else