How many Apple Watches could the Cupertino, California-based company sell during the first year? At least 10 million units, according to Piper Jaffray’s Gene Munster. The analyst’s “conservative expectations” to investors were first shared with AppleInsider.

Calling the Apple Watch “light years ahead of any other smartwatch,” Munster calculates that the average price for each unit sold to be $500, which would add about 3 percent to the company’s bottom line.

We believe that to date, there have been less than 3 million smartwatches sold in total, thus the Apple Watch will represent a significant change in the smartwatch industry. 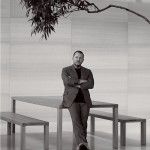 Vogue interviews Jony Ive, 'the man behind the Apple Watch'

Op-Ed: Things to consider before buying an iPhone 6 Plus
Nothing found :(
Try something else