Apple is likely to begin full production on the Apple Watch in January, according to Taiwanese news source AppleDaily (via G For Games). If correct, this would be in line with a recent rumor that says Apple’s new wearable device would launch in stores before the end of February.

The report notes that Quanta Computer is the only company that will assemble the Apple Watch. Previously, Inventec was also supposed to take part. However, they have “been dropped somewhere along the way.”

Preparations call for Quanta to increase its “worker head count to 4 million.” The contract also bars the company from manufacturing or assembling smart watches for Apple’s rival OEMs.

Earlier on Tuesday, the Apple Watch was put on display at Colette’s gallery at the rue Saint-Honoré in Paris. The “one day only experience” wraps up at 7 p.m. local time.

Apple has previously said to expect the new device in “early 2015.” Last week, The Information was quoted as saying that the wearable device would be lucky to ship by Valentine’s Day, which is Feb. 14. 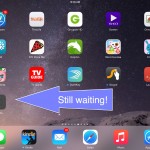 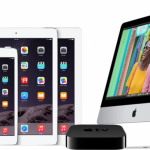