How much should it cost to rent music? A lot less than it currently does, according to Spotify and Apple.

As first noted by Re/Code, Spotify will soon be giving family members a 50 percent discount on additional accounts. “So if you have a $10 Spotify Premium subscription, your husband can get one for $5 a month.”

At the same time, Apple is pushing the music labels for more extensive price cuts. A one month subscription to its Beats Music service is $9.99. Apple hopes to cut that by half, to $5 per month.

The logic of Apple’s argument, relayed by people who’ve heard the pitch secondhand: Apple’s best iTunes buyers spend about $60 a year on downloaded music — $5 a month. So if subscription services dropped that low, any download buyers that switched over to the streaming model would generate just as much revenue for the music labels. And, more important, the market of potential subscribers would get much larger.

I’m all for paying less for music. Nonetheless, I wonder how much is too low. For every Katy Perry and Rihanna, there is an awesome band out there struggling to make a living. I’m willing to pay $10 per month for unlimited music … especially when a company like Starbucks can charge half that for one cup of coffee. Still, if the market sweet spot is $5 per month, so be it.

Apple acquired Beats Music (along with Beats Electronics) earlier this year. They are expected to rebrand Beats Music in 2015.

See also: Rdio app optimized for iOS 8, iPhone 6, CarPlay and higher-quality audio, Just Add Audio to make your photos and videos even more special, and Apple’s iCloud Photos app is now available on the Web but it requires iOS 8.1. 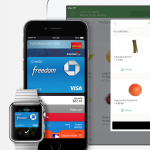 As Apple Pay launches, some things to know 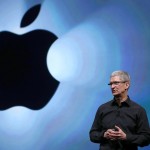 Numbers to consider ahead of Apple’s fourth quarter FY2014 earnings call
Nothing found :(
Try something else