Apple is set to open not one, but two new retail stores in the U.S. this week. One is located in Sarasota, Florida, and the other is located in Manchester, New Hampshire.

The company’s 17th Florida retail outlet is scheduled to be inaugurated on Thursday, Oct. 16.

As noted by MacRumors, a Thursday opening of an Apple store is unusual. But in the case of Apple’s new shop in the Sunshine State, its grand opening coincides with the grand opening of the shopping center in which it’s located, the University Town Center mall. It also opens on the same day as Apple’s special media event for the expected unveiling of new iPads and other major product announcements. 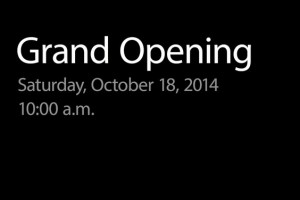 Apple Store at the Mall of New Hampshire

As for Apple’s new store in New Hampshire, the company’s third in the Granite State, it’s scheduled to be opened on Saturday, Oct. 18, at the Mall of New Hampshire.

Both stores will officially open its doors to customers at 10 a.m. local time, with the first visitors expected to receive commemorative T-shirts.

See also: Report: A new iPad mini with Retina display will be announced Thursday, It’s likely that the “iPad Air 2″ will sport 2GB of RAM and a more powerful A8X chip, and Here’s how you’ll pay for a Big Mac at a McDonald’s drive through with Apple Pay. 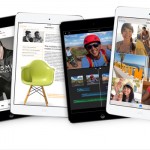 Report: A new iPad mini with Retina display will be announced Thursday 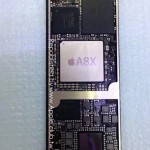 It’s likely that the 'iPad Air 2' will sport 2GB of RAM and a more powerful A8X chip
Nothing found :(
Try something else