Apple has just made the complete video of its special media event yesterday available to stream on its official channel on YouTube.

So, if you didn’t get to watch the event as it unfolded or if you just want to relive its moments, you can watch Apple’s latest keynote presentation on YouTube or right here on this page through the video embed below.

As expected, the event, held at Town Hall on the Apple campus, saw the official unveiling of the iPad Air 2 and the iPad mini 3, both of which notably feature Touch ID integration. It also included the introduction of the 27-inch iMac with Retina 5K display and the announcement of the official launch of OS X Yosemite and of Apple Pay with iOS 8.1.

Shortly after wrapping up the event, Apple made its complete video available to watch on its website. It later posted its promo videos for the iPad Air 2 and the iMac with Retina 5K display on YouTube.

See AppAdvice’s link roundup for our coverage of the event. Also, check out my colleague Bryan’s op-ed on the event titled “No surprises at Apple’s iPad media event, but we’re okay with that.” 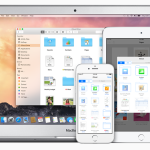 Apple sapphire supplier GT to lay off more than 700 workers in Mesa, Arizona
Nothing found :(
Try something else