This post will be updated throughout today’s event. The newest information is at the top.

The brand new 27-inch iMac with Retina display will go on sale today for $2,499.

Apple announces a 27-inch iMac with a Retina 5K display

The iPad Air 2 is 18 percent thinner than its predecessor, making it the world’s thinnest tablet. It includes the new A8X chip with 64-bit architecture, 3 billion transistors, 40 percent faster CPU, and 2.5x faster CPU. It is 12 times faster than the first iPad, with graphics performance 180x better.

Apple confirms that 225 million iPads have been sold to date

The iPad Air 2 starts at $499 and will be available next week, pre-orders tomorrow

The popular image-editing application Pixelmator is coming to iPad

Everyone can get their hands on OS X Yosemite on the Mac App Store beginning today, Oct. 16. It’s free. 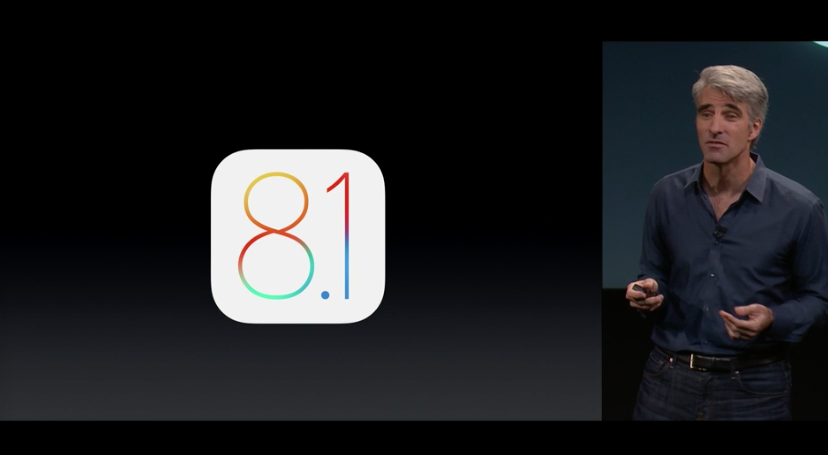 As expected, Apple unveiled iOS 8.1, which features Apple Pay, a public beta of iCloud Photo Library, and the return of the Photo app’s Camera Roll.

This year’s iPad-centric event kicked off with news about the iPhone 6 and iPhone 6 Plus, Apple Pay, and the Apple Watch. It continued with a discussion on iOS 8.

Apple announces that Apple Pay will launch on Monday 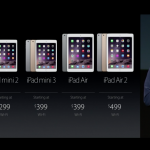 The iPad mini 3 starts at $399 and will be available next week
Nothing found :(
Try something else