That much is said by Apple in the newly updated pie chart displayed on its developer portal, which indicates iOS distribution as measured by the App Store a couple of days ago, Nov. 24. According to the chart, iOS 8’s predecessor, iOS 7, is now used on 35 percent of devices, and earlier versions of iOS are now running on just 5 percent.

A week after its release and just days after the launch of the iOS 8-powered iPhone 6 and iPhone 6 Plus, iOS 8 was reported to have been running on 46 percent of devices. Two weeks later, its adoption went up a mere one percent, followed by another percent point increase a week later, with the software’s slow initial adoption attributed to its large storage space requirement and the disaster that was iOS 8.0.1.

Now, in the span of another two weeks (which saw the release of iOS 8.1.1), iOS 8 adoption has gone up another four percentage points all the way to 60 percent. 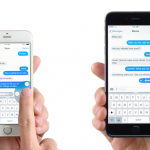 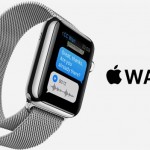 Is the Apple Watch really a Samsung Watch?
Nothing found :(
Try something else