The America First Credit Union has become the latest U.S. bank to offer Apple Pay support for its Visa card.

Security and privacy is our upmost priority when it comes to offering our members the latest in technology and mobile advancement. Apple Pay will bring a new level of efficiency for members, allowing them to pay with their mobile devices in a fast, easy and secure way.

In the last few weeks, a number of new companies began accepting Apple’s mobile payment system, which was first introduced in October. These have included stores such as Winn-Dixie, BI-LO, Staples, Barclaycard, and PNC. The service could also soon make its debut in China thanks to a possible alliance between Apple and Alibaba. 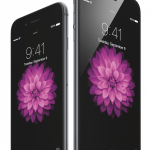