Apple’s Eddy Cue is featured on today’s edition of KTLA’s Tech Report, where he’s shown going on a “shopping spree” with host Rich DeMuro to demonstrate the “new way to pay” developed by his team, Apple Pay.

In the segment (via AppleInsider), Apple’s SVP of Internet Software and Services shows off the mobile payment system by buying from several stores in Santa Monica, California.

Next, Cue used Apple Pay to “tap to pay” for sunglasses at Bloomingdale’s. There he had to provide his signature at the counter. “In some stores,” he explained, “depending on the amount that you spend, if it’s a higher amount, you may have to sign.”

Cue didn’t have to sign when he bought some “Frozen” merchandise items at the duo’s next stop, the Disney Store.

Finally, Cue visited an Apple Store, where he touted the new Touch ID-equipped iPads’ Apple Pay support for in-app purchases and the security of the mobile payment service.

Apple Pay has seen significant adoption by customers of its partner retailers, including Whole Foods, McDonald’s, and Walgreens, since its launch with iOS 8.1 last month. It’s currently supported in more than 30 retailers across the U.S., with Staples, Winn-Dixie, and BI-LO among the latest to support the service.

It’s expected to be launched soon in China thanks to a rumored partnership between Apple and the Chinese e-commerce giant Alibaba. 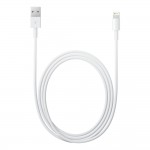 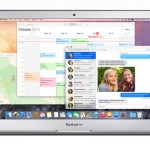 Apple unveils OS X Yosemite 10.10.1 to fix Wi-Fi issues and more
Nothing found :(
Try something else