Apple CEO Tim Cook was inducted into the Alabama Academy of Honor earlier today at the Alabama State Capitol. And he used his acceptance speech as a medium to point out three civil rights issues that remain in need of significant attention in Alabama in particular and in the U.S. in general.

First, Cook pointed out that “our state and our nation still have a long way to go” before Martin Luther King, Jr.’s dream of equality is fully realized. “As a state, we took too long to take steps toward equality and once we began our progress was too slow,” he said. “Too slow on equality for African Americans. Too slow on interracial marriage, which was only legalized 14 years ago.”

Second, Cook said that progress has also been slow in promoting equality for the lesbian, gay, bisexual, and transgender (LGBT) community, noting that, “Under the law, citizens of Alabama can still be fired based on their sexual orientation.”

But the focus of Cook’s speech, part of which is captured on the video below by Kirk Nawrotzky of Alabama News Network (via 9to5Mac), is the lack of equal access to quality education.

“I am the product of a public school system,” Cook said. Born in Mobile, Alabama, and raised in the nearby city of Robertsdale, he graduated from Robertsdale High School and earned a degree in industrial engineering from Auburn University.

But today, Cook noted, “too many kids are denied access to a quality education in pursuit of their American dream due to the zip code they live in.” He then went on to deliver the following statement:

Education is a fundamental human right for everyone. And yet, there is great disparity in our schools and our education systems. Many schools struggle to provide the basics despite the dedicated efforts of teachers and families. A lack of equal access to technology and knowledge places entire communities and populations of students at a disadvantage, especially minorities.

This happens to be the opening statement of Apple’s recently launched microsite dedicated to the company’s participation in President Barack Obama’s ConnectED initiative. ConnectED is a program designed to enrich K-12 education for U.S. students, with the primary aim of bringing next-generation connectivity to 99 percent of students within five years.

As part of the program, Apple has pledged to contribute iPads, MacBooks, Apple TVs, software, and expertise to 114 partner schools across 29 states. 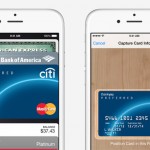 Apple responds to CVS and Rite Aid turning off Apple Pay support
Nothing found :(
Try something else