Apple is upping the standards for case manufacturers under the Made for iPhone licensing program. That’s according to new information from 9to5Mac.

New requirements were introduced soon after the iPhone 6 and iPhone 6 Plus hit the market. The major new standard is that cases will have to protect an iPhone, iPad, or iPod touch from 1 meter onto a hard surface in any orientation – including the screen first.

Apple is also now requiring that cases protect an iPhone, iPad, or iPod’s cover glass when lying flat on a surface like a table. Cases must now provide a buffer of at least 1mm between the cover glass and a flat surface. Case makers have two choices to achieve this: either they cover the glass entirely or have part of the case protrude from the cover glass slightly to keep it from touching a flat surface. Many cases already offer one of these two features.

The MFi licensing program allows accessory makers to include a special logo on the packaging that indicates it is “Made for” the iPad, iPhone, or iPod touch.

Finally, Apple is requiring case manufacturers to follow new environmental regulations. A number of substances are now restricted for use including formaldehyde and phthalates.

The new case regulations are definitely interesting. While not all cases, especially inexpensive ones, are part of the MFi program, those new standards are great news. A significant number of cases already can protect an iOS device from a 1-meter fall, but these new regulations should help users better protect their expensive iPhone or iPad.

For other news today, see: Apple reverses course and will allow Transmit for iOS to send files to iCloud Drive, Checkmark 2 gets optimized for iOS 8 and brings new features in latest update, and SoundCloud now lets you create and add to your playlists on iOS. 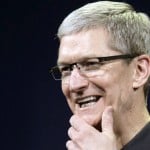 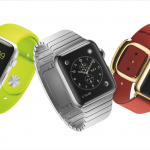 Production on the Apple Watch is set to begin earlier than expected
Nothing found :(
Try something else