As reported by Re/code:

The move means Sony can fill a conspicuous hole in its online distribution strategy for the movie. Since Wednesday, the film had been available via Google’s Play and YouTube stores, Microsoft’s Xbox, and Sony’s own site.

Like the other online video services, iTunes is offering “The Interview” at $6 to rent and $15 to own.

In a brief statement, Apple says that it’s “pleased to offer ‘The Interview’ for rental or purchase on the iTunes Store,” but doesn’t explain the supposed delay in doing so.

On Dec. 17, amid terrorist threats from the same group that hacked its computer systems, Sony canceled the theatrical release of the movie, which stars Seth Rogen and James Franco as journalists tasked by the CIA to assassinate the North Korean supreme leader Kim Jong-un.

But a week later, the studio reinstated its Christmas Day premiere in select independent cinemas and made the movie available online.

Apple was reportedly approached by Sony to be the sole streamer of “The Interview.” But the iTunes operator was “not interested, at least not on a speedy time table,” presumably leading the studio to seek out other streaming partners.

Sony has announced that “The Interview” grossed more than $1 million in ticket sales during its Christmas Day opening. More auspiciously, the studio says that the movie has generated $15 million in online sales since Christmas Eve — a figure that’s expected to significantly increase now that the movie has been made available on Apple’s iTunes as well.

See also: The top 10 Apple stories of 2014 include the Apple Watch, ‘Bendgate,’ Beats and more and Apple to once again offer ‘Lucky Bags’ in celebration of the new year in Japan. 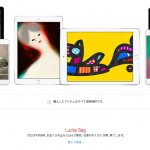 Whether you've been naughty or nice, don't expect Apple's 12 Days of Gifts to come this year
Nothing found :(
Try something else