Apple's new spaceship-like “Campus 2” headquarters in Cupertino, California, is set to include a monument to Silicon Valley's agricultural past: the Glendenning Barn.

As reported by the San Jose Mercury News (via MacRumors):

Underscoring that Apple Campus 2 is at once one of Silicon Valley's wildest sketches of the future and a portal to its past, the company has set aside a place on its state-of-the-art campus for the Glendenning Barn, named for a pioneer family whose land became a magnet for tech companies after the blooms faded from their orchards. Constructed in 1916 with planks of redwood, the barn was built to last, though its founders couldn't have foreseen all that it would withstand: the decline of local agriculture, the rise of big tech and several changes of the guard in Silicon Valley, not to mention Apple's earth movers.

The barn was originally built in an orchard that was later owned by Hewlett-Packard. Now in possession of the property, Apple, at the behest of the late company cofounder and CEO Steve Jobs, has dismantled the barn to make way for the construction of its Campus 2.

The tech giant then plans to reassemble the structure piece by piece and place it on the campus among flowering trees once construction is finished in late 2016, whereupon it can be used as a working barn for storing sports equipment and landscaping supplies.

Apple's Campus 2 was first unveiled through renderings in 2011 by Jobs, and granted final approval from the City of Cupertino in November last year.

See also: Chevron working to integrate Apple Pay at its gas pumps by early 2015, AppAdvice's bold predictions for Apple in 2015, and In Europe, Apple now offers a 14 day return policy on digital downloads. 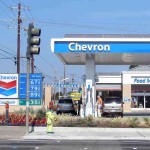 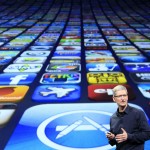 In Europe, Apple now offers a 14 day return policy on digital downloads
Nothing found :(
Try something else