The Ryan Seacrest-backed iPhone keyboard, Typo, is finally for sale. Its arrival comes after the first-generation model was pulled from the market due to legal challenges, according to Re/Code.

First introduced in December 2013, Typo features a Bluetooth-enabled keyboard that slides on the bottom of the iPhone. It promises that users will type “50% faster and with less Typos.” The case is also supposed to bring back “40% more screen space for typing.”

That first Typo looked a lot like the keyboard found on BlackBerry devices. So much so, that BlackBerry sued, forcing the first-generation model off the market even before it had arrived.

The Typo 2 features a physical keyboard, which is modeled on the iPhone’s own software keyboard. It sells for $99 for an iPhone 6 model, and $79 for the iPhone 5/5s variant.

According to Typo CEO Laurence Hallier, an iPad model will be released in 2015. “It’s a completely different take on a keyboard for the iPad,” he said.

Please note: Typo is not available for the iPhone 6 Plus. Additionally, Typo turns off your iPhone’s Touch ID capabilities.

This week in accessories: Seidio Obex waterproof case for the iPhone 6 and more 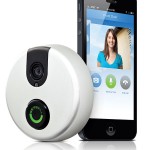 A new version of SkyBell’s iPhone-enabled video doorbell rings its way onto the market
Nothing found :(
Try something else