The verdict is in: Apple is not guilty of wrongdoing in the just concluded iPod antitrust trial.

A jury ruled in favor of Apple in a $350 million class action lawsuit that accused the company of carrying out anticompetitive measures to lock in iPod users to its iTunes ecosystem. The lawsuit involved a class of customers who purchased early models of Apple’s iPod music player between September 2006 and March 2009, and the trial included testimonies from the late Apple cofounder and CEO Steve Jobs and a former iTunes engineer named Rod Schultz.

The jury’s deliberation earlier today came down to a question of whether iTunes 7.0, which was released by Apple in 2006, was a product improvement or an anticompetitive maneuver. The software update notably introduced Cover Flow for scanning through album art and the ability to play movies on iTunes, along with what Apple claimed were actual security improvements that blocked rival music services.

After deliberating for only about three hours, an eight-person jury in U.S. District Court in Oakland, Calif., found that Apple’s iTunes 7.0 was a genuine product improvement, and therefore didn’t violate antitrust laws. The decision was unanimous.

Apple thanked the jury for their service and applauded the verdict. “Every time we’ve updated those products — and every Apple product over the years — we’ve done it to make the user experience even better,” the company said in a statement. 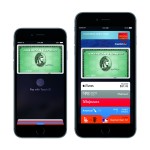 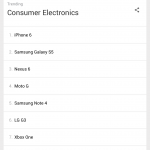 Apple devices among Google's top trending consumer electronics searches in 2014
Nothing found :(
Try something else